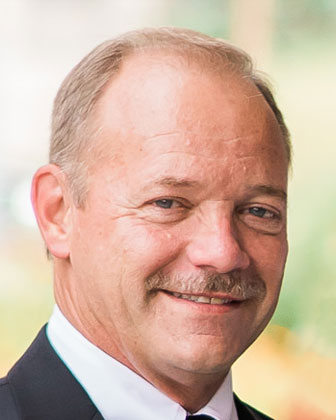 Growing up in a pastor’s home may have set the stage for Rocky to eventually become president of the Fellowship of Evangelical Churches.  This foundation has helped develop a passion in Rocky to see FEC churches live out the Great Commandment by fulfilling the Great Commission. With experience in the for-profit sector as an Operations Manager as well as a long history of pastoral ministry, Rocky has been uniquely prepared to provide leadership, vision, and guidance to FEC.

Rocky graduated from Bethel University where he played football, baseball and basketball.  After some graduate work in business and economics, Rocky began work as Operations Manager for Specialty Feeds in Omaha, Nebraska.  It was during this time that he distinctly heard the call to full-time ministry.  This call eventually led to Rocky serving at Brookside Church in Fort Wayne, IN as Executive Pastor for over twelve years.  Rocky, then, became the president of FEC in 2010.

When asked, what, as a child, he wanted to be when he grew up, Rocky answers, without hesitation, a football player.  While there’s not a lot of passing and blocking at the office, his vision and leadership are helping to move the ball for something that matters a whole lot more than any game. 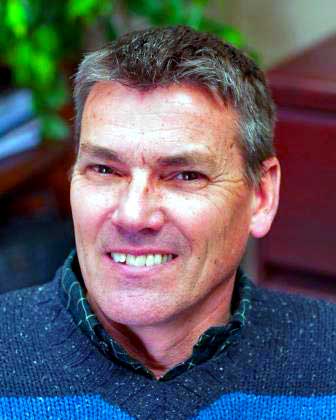 National Church Planting Director
S.Wagoner@fecministries.org
For over twenty years, Scott Wagoner has been working for the Fellowship of Evangelical Church in various capacities. Scott was saved at the age of twenty and began attending Grace Church in Morton, Illinois. Scott earned his Masters of Divinity from Trinity Seminary, and has served in vocational ministry through positions such as Senior Pastor for two churches and serving as Director of Christian Education and Human Concerns for FEC. While at FEC, Scott became interested in church planting and in 1997, became Director of National Church Planting. Scott enjoys speaking to church leadership and encouraging additional church plants. He is the administrative go-between for the FEC office, FEC churches, and FEC planters. Scott oversees Tom Bennardo, Pastoral Development & Western U.S. Church Multiplication, as well as Jay Nickless, Church Planting Field Coordinator. He is passionate about connecting with church planters, and is excited about opportunities that continue to surface as FEC expands its influence. 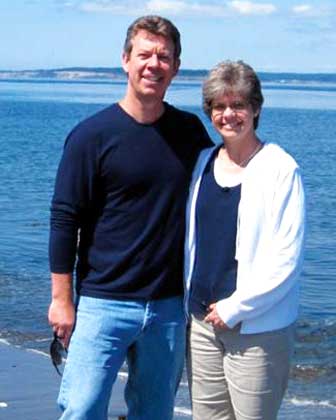 Daring, adventurous, kind – three words Jay would use to describe himself.  We would agree and add entrepreneurial.  Over the last 25 years Jay has led seven church planting efforts and overseen at least a dozen new plants, including his first plant in 1988.

Jay received Christ at age 16 and immediately sensed God’s call into full-time ministry.  He received both his bachelor’s and master’s degree from Huntington University and joined the FEC team as Church Planting Field Coordinator in 2017.  Jay explains his passion for church planting and evangelism by saying “church planting is the most effective way to reach people for the Gospel, and evangelism is the primary reason I am involved in church-planting.” 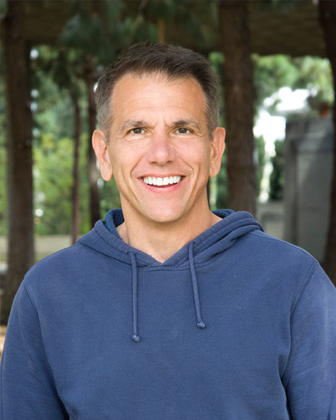 Pastoral Development & Western U.S. Church Multiplication
T.Bennardo@fecministries.org
Tom Bennardo is a native of Brooklyn, New York who has lived on both coasts and various places in-between. In 35 years of ministry he has served as a staff pastor, youth pastor, church planter, and senior pastor. Tom holds a B.A. and M.Div. from Grace College & Theological Seminary in Winona Lake, Indiana, and a doctorate from Trinity Evangelical Divinity School in Deerfield, Illinois. After more than 21 years as founder and lead pastor of Life Community Church, an FEC church in Hilliard, Ohio, Tom joined the staff of FEC in 2017 as Director of Pastoral Development & Western U.S. Church Multiplication. Now residing on the west coast, his role is multi-faceted: expanding FEC’s presence west of the Rocky Mountains, providing pastoral support, and equipping young leaders in their theological development. Tom and his wife Marcia have two daughters. 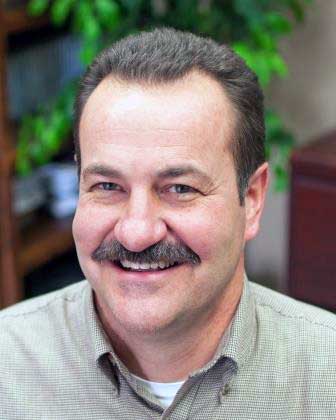 He’s been in 29 countries and six of the seven continents.  He speaks three languages.  He’s flown a plane in remote jungles, rugged mountains, and isolated rain forests. And he’s served on staff as a pastor.  So, we think Hal is uniquely qualified to serve FEC as International Church Multiplication Director.

Hal graduated with a degree in christian education and a minor in mission from Fort Wayne Bible College.  He also has a degree in mission aviation technology from Moody Bible Institute.  Upon graduating from Fort Wayne Bible College, Hal spent several years at Crossview Church in Grabill, IN.  After his time at Crossview, Hal served in both the Dominican Republic and Costa Rica.  After completing his degree in mission aviation technology from Moody, Hal served in Indonesia for four years before joining the FEC team in 2002.  He consistently seeks new cross-cultural opportunities that God may open for FEC, and desires to resource local churches seeking international involvement.

When asked what one thing he would like to do before he dies, Hal answers that he would love to climb the pyramids in Egypt. That sounds like the answer we’d expect from someone passionate about planting churches around the world.  Plus, it would increase his number of countries visited to 30. 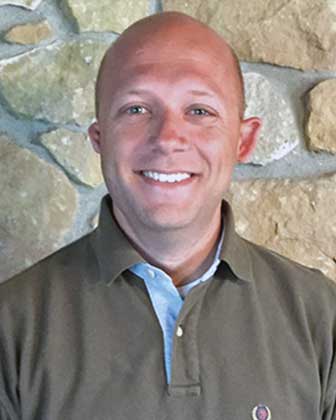 Administrative Director & Business Director
N.Zimmerman@fecministries.org
Nate is FEC’s glue. It’s a simple as that. He gets things done, holds everything together, and fills in the gaps wherever needed. Nate’s also a lifelong member of FEC. His grandmother was from Sterling Church and his grandfather from Salem Church. Nate grew up attending Brookside Church in Fort Wayne where he is still heavily involved – more evidence of his glue-like character.

Nate graduated early from Taylor University with a degree in business management. After graduation he began working in his family’s financial business until joining FEC team in 2015. Nate handles all the financials for FEC and provides back office support to missionaries, planters, and pastors literally around the world.

When asked to describe himself in three words, Nate responds with “loyal, willing, and fun-loving.” We agree and would add sticky, like glue. 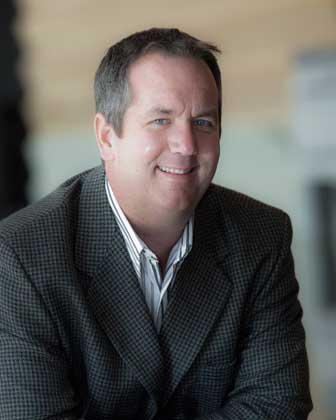 Director of Communications & Church Relations
E.Hall@fecministries.org
Eric Hall, a Fort Wayne native, has joined the FEC team as the Director of Communications and Church Relations in 2018. Eric attended Purdue University and studied Computer and Electrical Engineering, but later transferred and graduated from Fort Wayne Bible College with a double major in Christian Education and Theology. Twenty years ago, Eric served on staff with Rocky at First Missionary Church, and developed a close friendship with him as a result. After serving in various pastoral roles for eleven years, Eric then spent fifteen years working in marketing and communications. He recently, however, felt God was leading his life in a new direction. Seeking to network, Eric reached out to Rocky regarding potential opportunities of which he may be aware. Eric had no idea FEC was looking for a Director of Communications. After discussing this opportunity together and spending time in prayer, it was evident God had led Eric to fill this need. Eric will provide leadership in developing and maintaining communication and interaction between the FEC office and our churches and affiliates. He will greatly contribute to our aim to “tell the story” of FEC while also aiding in planning and executing our annual Convention, conferences, workshops, and other educational and training events. Eric and his wife Becky have been married twenty-eight years and have three children. He looks forward to a new season of serving the Lord through his partnership with FEC. 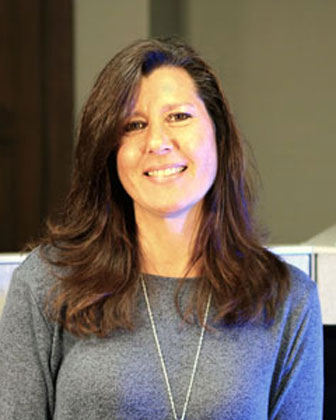 Executive Assistant
A.Lohser@fecministries.org
When asked about her unique skills and talents, Amy responds by saying she loves to clean and organize things, that she’s a little on the OCD side. While we’re a little concerned about anyone who admits to liking to clean, we do think this makes Amy the perfect fit as FEC’s Executive Assistant. Amy manages everything office related here at FEC. She was on staff at Brookside Church in the children’s ministry for 8 years where she had the pleasure of working with Rocky (FEC President). Amy says that when the opportunity came up to work with Rocky again, “it was a no-brainer!” Amy has been married to her husband Jeff for over 30 years and has two grown children – Aubrey, living in Napa, California and Andrew, living in Grand Rapids, Michigan. Giving, loyal, and fun-loving are three words Amy uses to describe herself. Everyone at the FEC Offices who benefit from her organization tend to agree with her description. And, we’re happy to let her clean anything she wants! 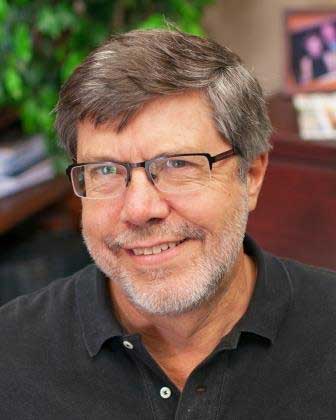 Christian Service Foundation President
D.Teat@fecministries.org
David comes to CSF with a great deal of experience having successfully started two businesses. He also has extensive and broad experience in financial markets, including the unique experience as a commodities trader with a seat on the Chicago Board of Trade. David and Jan, his wife, met at Wheaton College. Jan is a nurse and together they have three adult children; two daughters living in the Chicago area and a son living in Richmond, Virginia. As a couple they have been involved in an innovative neighborhood bible study ministry, specifically focused on building relationships with un-churched people. David’s education includes an MBA from Indiana University and a BS in Psychology from Wheaton College. 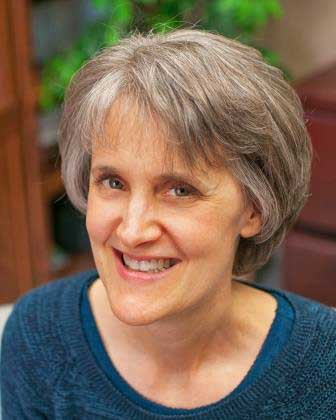 Christian Service Foundation
L.Burton@fecministries.org
“God brought me to FEC at a time in my life when I needed it the most.” Linda Burton, a Fort Wayne native, considers herself to be both privileged and blessed to be a part of the FEC team. After many years at Raytheon followed by a short season at a local bank, Linda was extremely thankful to join the Christian Service Foundation (CSF) part-time. Linda’s background in accounting greatly aided her as she transitioned into her new role at CSF in handling various accounts. “I feel that I am able to use my analytical nature in this position, and it fits me well,” Linda shares. When Linda needed to move into full-time work, FEC had an opening, and Linda was able to fill in the gap, working part-time for CSF and part-time for FEC. “God orchestrated the perfect scenario at just the right time. In a season when I needed “family” and an encouraging atmosphere, God provided abundantly through an organization I already loved.” Linda lends accounting assistance to Nate Zimmerman, the Administrative Director, in a variety of accounting responsibilities and some special projects.  “I love that my position with FEC provides a variety of tasks and also has given me the opportunity to serve God alongside people that I consider to be like family.” Linda has attended Pine Hills Church for four years, and greatly enjoys time with her two daughters, Alex and Sarafina.