Crossroads Evangelical Church in Wauseon, Ohio, has planted 4 churches and hosted numerous interns, but for Pastor Matt Boyers, their reach goes beyond the tri-state area of Indiana, Michigan, and Ohio. In recent years, church planting and leadership development has taken an amazing turn internationally. As the opportunity has grown, multiple FEC churches have caught the vision and are working together in this church multiplying FEC initiative in Southern Africa.

Several years ago, Crossroads Church explored micro-investment partnerships in Zimbabwe through Partners Worldwide. The organization works in over 30 countries to fight poverty through business by creating flourishing economic environments. Then in 2018, a Zimbabwean man, John Mutandua, involved in the investment group contacted Pastor Matt Boyers for advice. That conversation led to more conversations about planting churches in southern Africa. Since spring of 2019, John has taken on the direction of what is now called the Southern Africa Church Planting Initiative (SACPI). Already the initiative has spread from Zimbabwe into Mozambique. The hope is to plant 4-6 congregations each year in the 6-country area of southern Africa which includes Zimbabwe, Mozambique, Botswana, Malawi, Zambia, and South Africa.

Even though historically the gospel has spread in the urban areas of southern African countries, the rural areas still need churches that preach the true gospel and serve the people. Many people in these areas speak English, so relationships with Westerners can develop quickly and without translators. Church planting in rural areas will be coupled with training entrepreneurs through Partners Worldwide to create economic development and sustainability.

The dream is that U.S. pastors would ultimately connect directly with the regional church planting directors in southern Africa for coaching, encouragement, and resources. In southern Africa, the church planters that SACPI has encountered are grateful to have support and are motivated to take the gospel into the rural areas of their countries. That is an investment worth traveling halfway around the world to establish. 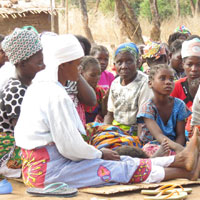 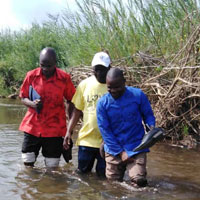 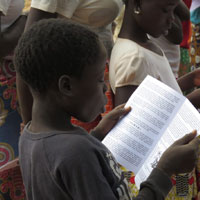